The past few years have held more surprises than part-angel Clara Gardner could ever have anticipated. Yet from the dizzying highs of first love, to the agonizing low of losing someone close to her, the one thing she can no longer deny is that she was never meant to live a normal life.

Since discovering the special role she plays among the other angel-bloods, Clara has been determined to protect Tucker Avery from the evil that follows her . . . even if it means breaking both their hearts. Leaving town seems like the best option, so she’s headed back to California - and so is Christian Prescott, the irresistible boy from the vision that started her on this journey in the first place.

As Clara makes her way in a world that is frighteningly new, she discovers that the fallen angel who attacked her is watching her every move. And he’s not the only one. . . . With the battle against the Black Wings looming, Clara knows she must finally fulfill her destiny. But it won’t come without sacrifices and betrayal.

In the riveting finale of the Unearthly series, Clara must decide her fate once and for all.

***Note – If you have not read the first two books in this series, this review will contain spoilers. ***

When I finished Boundless, one of my most pressing questions was: Does Stanford actually have a course called The Practice of Happiness?  Indeed, it does.  Now that that urgent matter is out of the way, let’s get on to the story.

I loved Unearthly, I was less enthralled with Hallowed, and I wanted so badly for this series to finish with the strength with which it started.  With a few minor complaints, Hand delivers the goods here and gives Unearthly the conclusion it deserves.

When Boundless opens, the angelic trio of Clara, Christian, and Angela beginning their freshman year at Stanford.  I loved these scenes; they took me back (waaaaaaay back) to my own freshman year.  While I was not as fortunate as Clara to attend a class in practicing happiness, I did get credit for a class in walking (yes, walking).  So, I guess we’re even.

One of my complaints about Hallowed was the lack of Angela.  She was one of my favorite characters in Unearthly, and I missed her presence in the sequel.  She is back here, and she takes center stage as she seeks to fulfill her Purpose.  And what a Purpose it is!  Certainly not something I ever saw coming.

Hand delivers some twists here, although not to the bordering-on-ridiculous extent in Hallowed.  Some were predictable, some were genuinely surprising, but unfortunately, the identity of the Big Baddie was immediately obvious.

Clara is one of my favorite female characters in a YA series.  She’s not a take-no-prisoners, kick-ass type of heroine; her strength is quieter, and it’s balanced by a measure of vulnerability.  But this girl is not weak!  She may be a bit indecisive about her romantic options, but with the two great options she has, can we blame her?

That love triangle – this is one of the few books where I don’t think, “What are those who are on Team X thinking?”  I actually didn’t choose a team in the Unearthly series.  I would have been happy to see Clara end up with either Christian or Tucker, and I think that’s one of the strengths of Hand’s writing.  She created a true triangle, not a straight line between two characters and some lonely, never-gonna-be-with-her guy standing sadly off to the side.  Exhibit A: 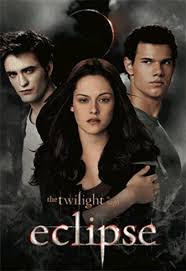 So, the ending to the series was satisfying to me, but I think there will be some from one of the contingents who don’t feel that way

Review posted at Goodreads and Amazon

Review: Where She Went by Gayle Forman

Review: In the Shadow of Blackbirds by Cat Winters