On a damp October night, beautiful young Ashley Cordova is found dead in an abandoned warehouse in lower Manhattan. Though her death is ruled a suicide, veteran investigative journalist Scott McGrath suspects otherwise. As he probes the strange circumstances surrounding Ashley’s life and death, McGrath comes face-to-face with the legacy of her father: the legendary, reclusive cult-horror-film director Stanislas Cordova—a man who hasn’t been seen in public for more than thirty years.

For McGrath, another death connected to this seemingly cursed family dynasty seems more than just a coincidence. Though much has been written about Cordova’s dark and unsettling films, very little is known about the man himself.

Driven by revenge, curiosity, and a need for the truth, McGrath, with the aid of two strangers, is drawn deeper and deeper into Cordova’s eerie, hypnotic world.

The last time he got close to exposing the director, McGrath lost his marriage and his career. This time he might lose even more.

Night Film is being marketed as the next Gone Girl, and I worry that may turn off readers.  Whether you enjoyed Gone Girl or not (I did), the comparison is tiresome.  Aside from the fact that both books feature a mystery, there are no similarities in the stories, and Night Film can stand on its own merits.

Ashley Cordova, the daughter of a mysterious and reclusive film director, is found dead in an apparent suicide.  Her death immediately captures the attention of Scott McGrath, a journalist and the narrator of Night Film.  Ashley’s father, Stanislas, is more legend than man.  During his career, he was rarely photographed, and even on his film sets, he was rarely seen.  Everyone employed by him signs strict non-disclosure agreements, further ensuring his privacy.  Some people believe that Stanislas the man doesn’t actually exist; perhaps he’s actually a woman, or maybe there are multiple people posing as Stanislas.  The only thing known for certain is that he has a cult-like following who obsess over his dark films and the illusion of Stnislas.

Scott’s career was destroyed when he was tried for slandering Stanislas Cordova by comparing him to cult leaders, calling him a predator, and suggesting he be “terminated.” Nevertheless, McGrath, seeking redemption and vindication, can’t stop himself from diving into the investigation of Ashley’s death.  Two oddball-ish characters soon join Scott: Nora, a nineteen-year-old coat-check girl, and Hopper, a young drug dealer.  Both Nora and Hopper have their own reasons for wanting to learn if Ashley’s death was really a suicide.  The secondary characters in Night Film, Nora and Hopper, in particular, are one of the book’s many strengths.  There are MANY characters we need to keep up with, and with the exception of Scott’s ex-wife, whose primary function is to be annoying, and his young daughter, whose primary function is to be adorable, they are all fascinating and unique.

Ashley is described by many people as exceptionally beautiful, talented, and intelligent.  The more we learn about her, the darker her life seems, and potentially dangerous mysteries are revealed.  It’s a testament to Marisha Pessl’s writing that even when Scott’s investigation took some absolutely incredible turns, I was drawn right in.  What initially appeared to be a straight-up death investigation is slowly, possibly revealed as something much darker.

It’s worth noting, especially to people who are slow readers like me, that Night Film is over 600 pages.  Fortunately, the story moved along at a good pace for most of its length.  There were some draggy moments near the end, but the ending was so satisfying, it made up for it.  Back to that silly Gone Girl comparison – if you’ve read it, you know it ends on a ?!?!?! note.  Night Film, on the other hand, has quieter “wow” moments, but I don’t think the intention was to shock readers.

Also within the 600 pages are 50 pages or so of made-to-look-read online articles, photos, secret websites and forums, transcripts, etc.  These help to give a sense of authenticity to the story, and I wouldn’t be surprised if some people get confused: “Wait – I thought this was fiction!”  I’ve included a couple of examples from the book below. 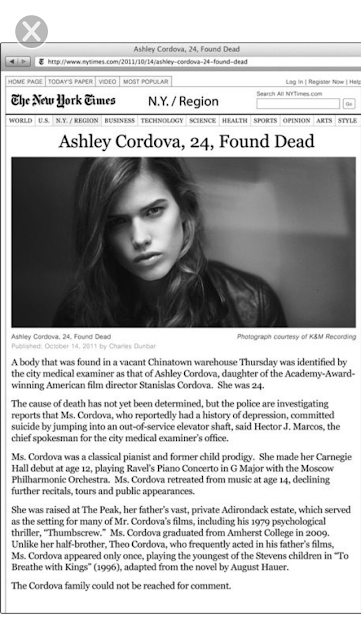 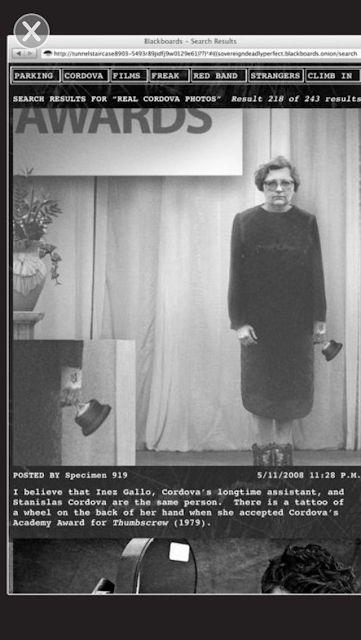 Scott’s not one of those genius investigators commonly seen on TV; a lot of his breakthroughs are pure luck or owed to witnesses who are mostly (and perhaps, unrealistically) always ready to talk.  I was firmly on Scott’s side.  I wanted him to get his redemption.  And just as much as the characters in the novel, I wanted the mystery of Stanislas Cordova’s identity revealed.  Mystery lovers should enjoy spending some time with the original, and sometimes frightening, story in Night Film.

Review : Dare Me by Meagan Abbott

Review: The Program by Suzanne Young

Review: This Song Will Save Your Life by Leila Sales

Review : Dare Me by Meagan Abbott

Review and Giveaway: A Death-Struck Year by Makiia Lucier

Review: Where She Went by Gayle Forman