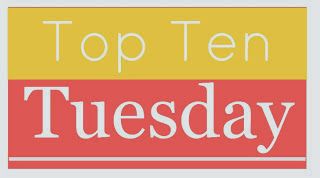 The Last Ten Books That Came Into My Possession 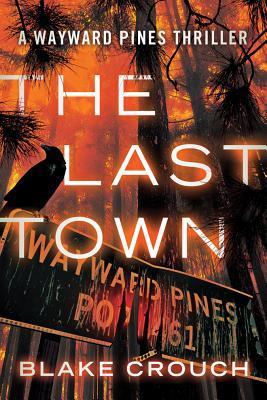 1) The Last Town by Blake Crouch: This book is the last in the trilogy which is the basis for the new Fox show, Wayward Pines.  Anyone else watching the show?  After the first couple of episodes aired, I got the first book, Wayward, from my library, and I really enjoyed it.  I put myself on the reserve list for the next two books, and wouldn’t you know – this last book became available before the second book.  Now I’m just hoping someone will return the second book before I have to return this one!

I went on a download spree for fall Harper books on Edelweiss on Sunday.  These have been available for a while, but I’ve been hesitant to download them because I am embarrassingly behind on reading review books.  But I didn’t want to miss my opportunity to get these, and I’m hoping I can get caught up.

2) Velvet Undercover by Teri Brown
3) Walk on Earth a Stranger by Rae Carson
4) What We Saw by Aaron Hartzler
5) The Unquiet by Mikaela Everett
6) The Immortal Heights by Sherry Thomas: Ummm, I still need to read the first two books.
7) Underneath Everything by Marcy Beller Paul
8) Newt’s Emerald by Garth Nix

I received an awesome package from my (still a secret) OTSP Secret Sister this weekend.  Included in the package were three books: